How To Measure The Length Of A Screw Or Bolt

One would think all screws and bolts are measured the same way, but there is actually a trick to it.  Take a look at the Figure below. 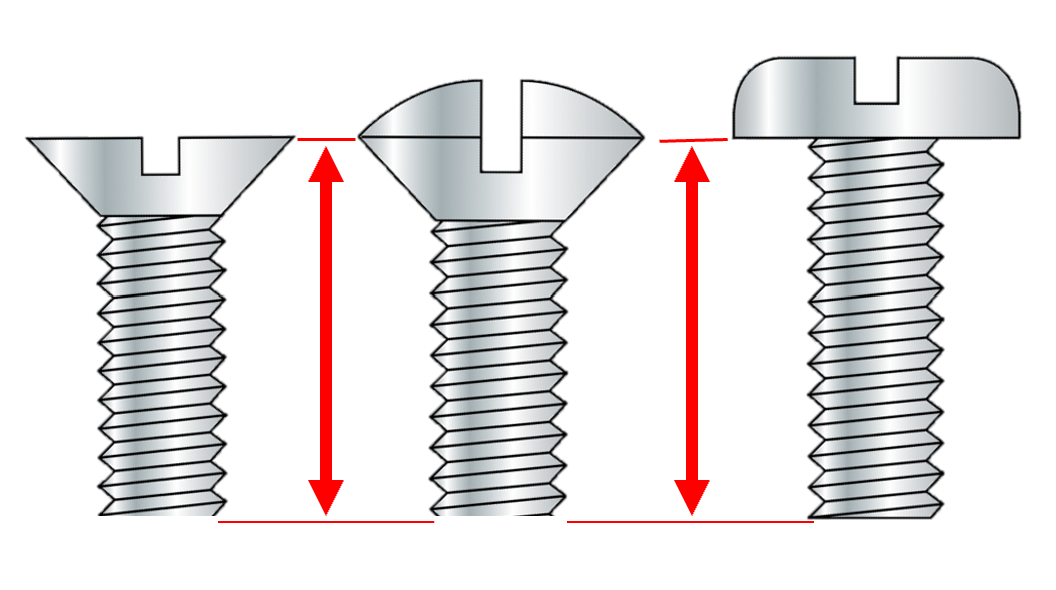 Figure 2: Length of a Screw

- All 3 screws above are the SAME LENGTH

- All 3 screws above have DIFFERENT HEADS

RULE OF THUMB: The length of a screw or bolt is measured from where the screw would sit flush to the mating surface after installation.

- Notice that the 2nd screw in each figure, above, is an OVAL head. The length of an OVAL head is measured from the middle of the head, where the transitional plane with mating surface starts.

- The type of head on the screw or bolt determines how to measure it's length attribute. The length is measured from where the screw head would typically sit flush with the fastened surface after installation.

How do you measure the length of a SEMs Screw?

Since the pre-assembled washer(s) on SEMs Screws are designed to lock into the mating surface material OR deform when in contact with the mating material, the screw is measured the same way as a Machine Screw.  Imagine if there was no pre-assembled washer present on the screw and use the same methodology as above. This keeps the length consistent and minimizes stack up of tolerances between the assembled components.   Most SEMs Screws are Hex, Hex Washer or Pan head, which are measured from the BOTTOM surface of the screw head. 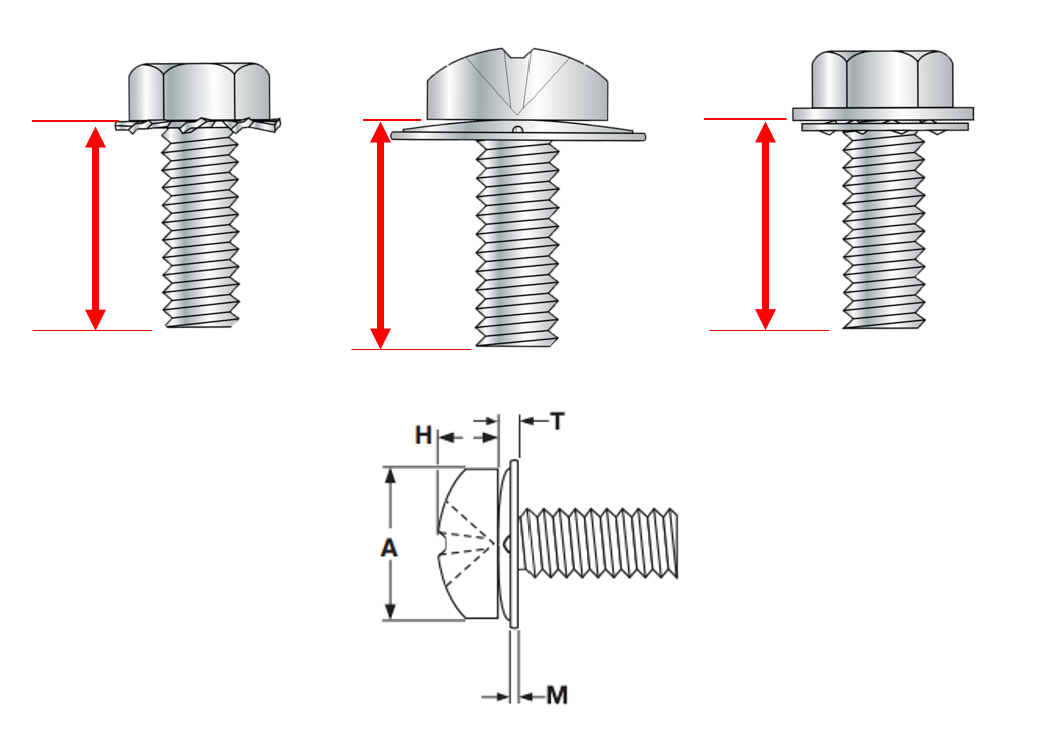