Ribbed shank plastic anchors resist "backing-out" after installation. The longitudinal slits along the shaft allows the anchor to expand when the screw is inserted.

Conical shanked plastic anchors have a flanged opening at one end and a cone-shaped body that is cupped at the opposite end. It has three horizontal slits cut into the body which extend from the bottom tip up the shank but stop before the flange.

Fluted plastic anchors have protruding ribs which extend from end to end. The openings at either end of the anchor are identical. Not suited for applications where holding power is important and should not be installed in overhead areas. For use with Self-tapping Screws. 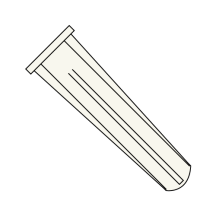 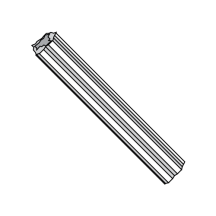 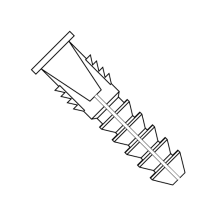